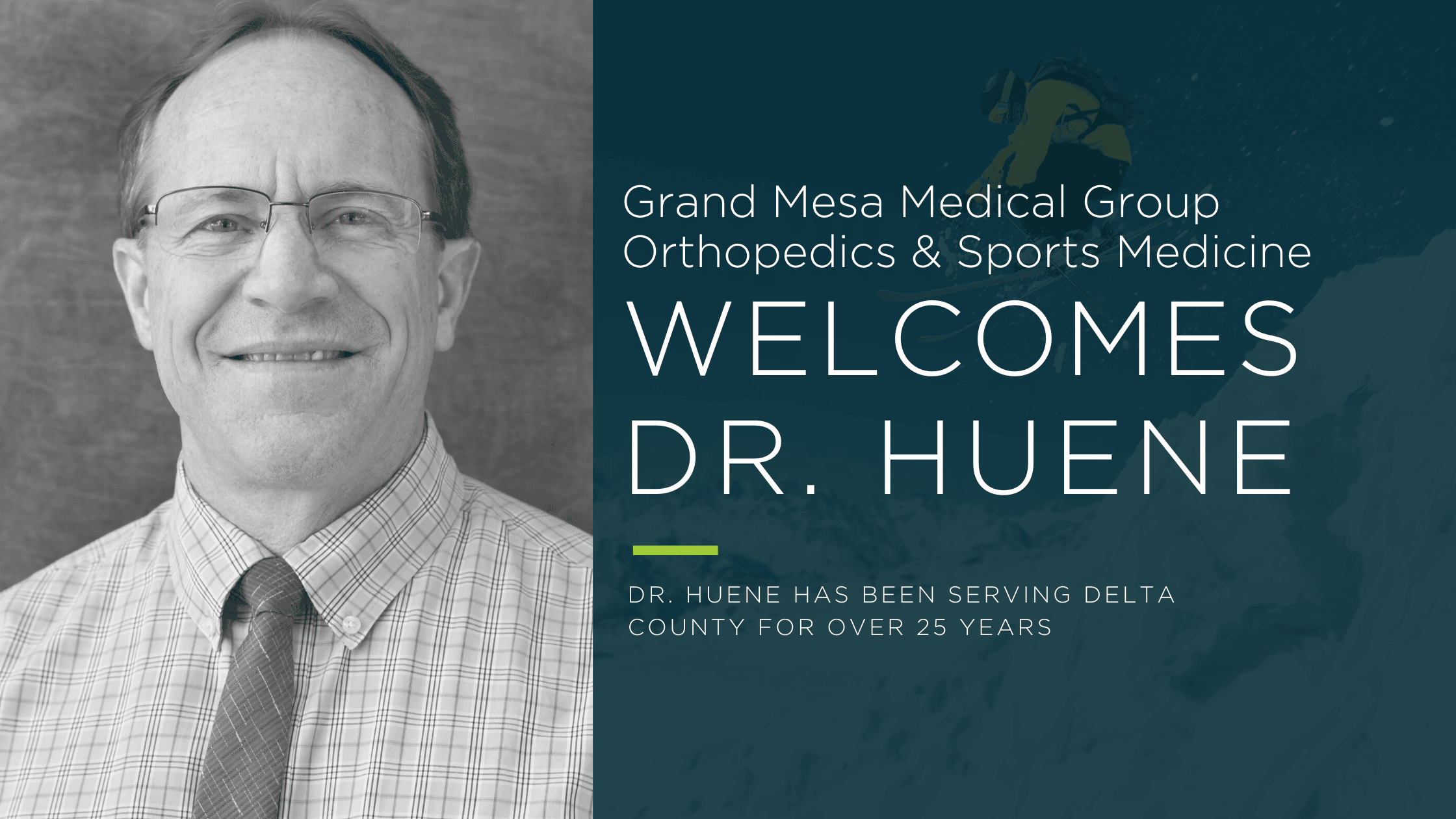 Dr. Huene has been practicing medicine and serving the community of Delta for over 25 years and is excited to continue providing high-quality orthopedic care. “My goal is to provide compassionate care and to treat each patient as an individual and to do what’s best for them in their current situation,” he said.

Settling on the Western Slope came soon after Dr. Huene attended medical school at Oral Roberts University School of Medicine in Tulsa, Oklahoma and Loma Linda University Medical Center in Loma Linda, California for orthopedics. “I came here in 1994 and have been on the Western Slope since then. I have enjoyed the people and the clean air, hunting, fishing and the relationships that I’ve developed,” said Huene.

For Huene, living in a small town provides the opportunity to build close relationships with patients rather than being in a larger city where it can seem like a revolving door.

Dr. Huene’s passion for orthopedics was influenced by his father who was an orthopedic flight surgeon for the navy. His father has practiced in Fresno since 1969 and is still practicing medicine today at the age of 86.

“I remember my father took me on a trip to Afghanistan in 1976, and that really motivated me to go into orthopedics,” said Huene. “I helped [my father] in the operating room and clinics and just thought that orthopedics was a great thing. In Afghanistan, I also saw how poor they were and how much care they needed.”

That experience influenced Dr. Huene to continue participating in mission trips. Since 2012 he has gone to Honduras 15 times and takes a team of people with him to perform hip and knee replacements.

Dr. Huene’s wife is also a physician and the two met while attending medical school. They have five kids; two of which are identical twin boys. In addition to enjoying the outdoors, Dr. Huene has his scuba license.

We are excited that Dr. Huene has joined the Delta Health, team. You can make an appointment at Delta Health Orthopedics by calling 970.874.4399 or visit our website.